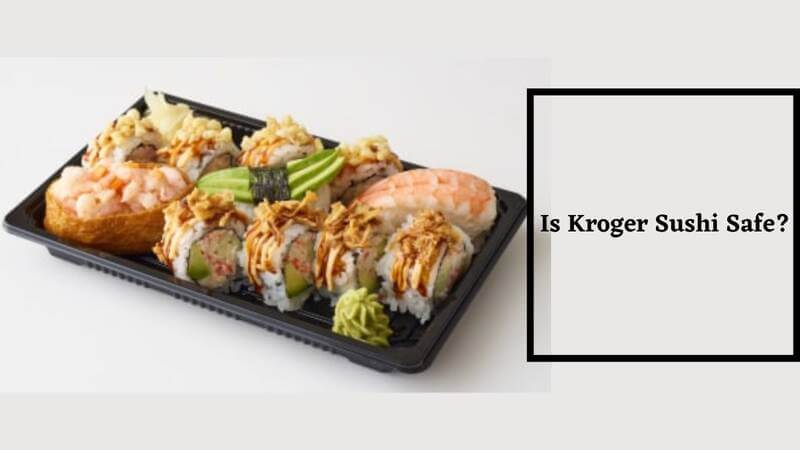 Sushi is a mouth-watering dish that food lovers crave at restaurants and earnestly buy from grocery stores as well. Kroger, the mega grocery chain in America, is no exception. But the big question is—is Kroger sushi safe?

Feedback reveals that Kroger Sushi is safe and maintains decent quality. Going by the high demand, it is understood customers enjoy the taste of Sushi from Kroger grocery stores.

One disadvantage may be that the Sushi food is refrigerated after it is made. This can make the sushi rice hard. The fish variants like shrimp, eel, octopus, and mackerel are all cooked or cured. Smoked Salmon is also safe. Kroger’s smoked Salmon is farm raised.

What is behind Sushi demand?

Sushi is a Japanese dish with vinegared rice adding sugar and salt, then spiced with ingredients such as raw or cooked seafood and many tasty vegetables.

The Sushi styles can vary. The key ingredient remains sushi rice, referred to as shari or Sushi. Sushi is often prepared with seafood, such as squid, eel, Salmon, tuna, or crab meat. It is served with wasabi, soy sauce, and pickled ginger.

What are the main types of Kroger Sushi sold?

Kroger sells Sushi, and there is an exclusive Deli section near the prepared foods counter. Kroger sushi has various flavors, including California rolls, Salmon nigiri, and Shrimp tempura.

Who is making Kroger Sushi? 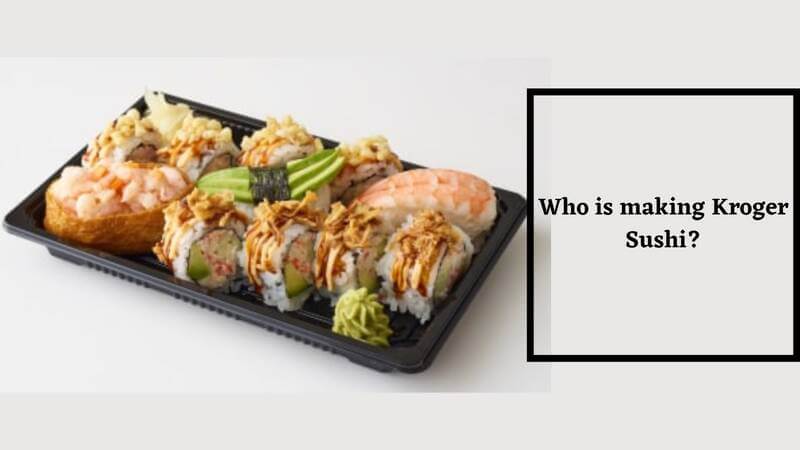 Kroger has outsourced Sushi production to a third party called JFE Snowfox. It has the credential of running full-service sushi kiosks numbering thousands in 38 states throughout the continental U.S., Hawaii, and Alaska.

They offer cooked and raw Sushi, appetizers, bento boxes, chef favorites, and party platters. The trained chefs who prepare fresh Sushi ergonomically to the delight of all customers maintain the quality standards.

How long is Kroger sushi good for? 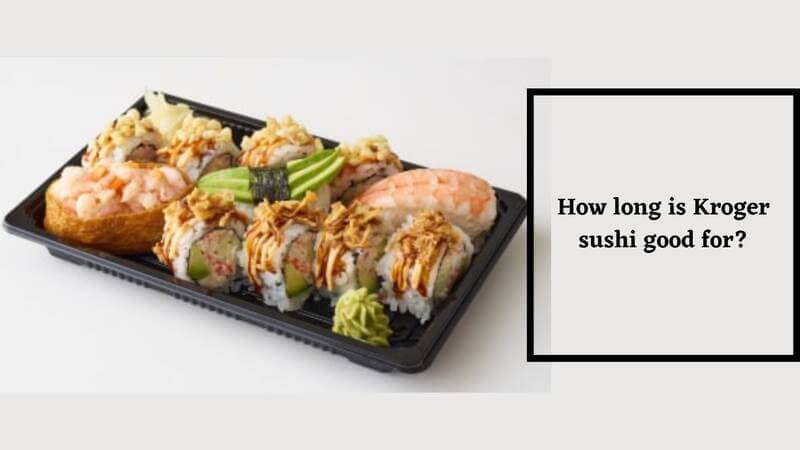 Sushi made from cooked fish or vegetables is consumable for a week if stored well at or below 41º F. The period will come down to five days if the home fridge is warmer at 45º F. Refrigerated raw fish is deemed safe for three days.

Even if Sushi has raw fish, keeping them in a refrigerator for up to 24 hours is ok. Of course, the taste and texture can change slightly. Specific examples are softer sashimi, limp seaweed paper, and harder rice but are no harm in eating 24 hours after its making.

Ideally, good Sushi should not have a delayed consumption. The problem with keeping in the fridge is about falling quality if not safety. Sushi in the refrigerator before eating will be mediocre in taste.

One expert cautions that consuming too much Sushi has a sodium risk, and adds adding starch to it makes no nutritive value, although the taste may lure. Sushi’s shorter shelf life and cold nature are always matters of caution.

But smoked Salmon can be made healthier by adding lemon juice and pepper and can be grilled on a plank. Any sushi that sits long in the fridge makes the rice cold.

Kroger is among the top grocery stores like Publix, Wegmans, Costco, Whole Foods, and Trader Joe where high-quality sushi-grade fish is available. Whole Foods is known for the best quality fish.

There is no official Sushi-grade fish. Technically, it is captured fish flash-frozen on the fishing boat and maintained at either -4°F for seven days or -31°F for 15 hours before being sold.

The grading means steps to ensure safety from parasites found on Salmon that trigger food-borne problems. Boats are responsible for preserving the freshness and taste of the catch.

Is Kroger offering an Inari Sushi?

Known as the “Inari Age, the Inari-zushi is a staple for picnics in Japan. The fried-bean cards are bought and washed with boiling water to clear out the oil cut in half. Each fried-bean card makes two bags.

After cooking with sugar, Dashi soup, and soy, it is squeezed to drain the soup. Then adding a ball of sushi rice into each bag completes the preparation.

Is it safe to eat any grocery store sushi?

Sushi from any famed grocery store must be reliable, just like restaurant sushi. Variations may appear in the ingredients based on the experience level of chefs, but safety standards remain the same.

Sushi will stay safe at room temperature for 2 hours, and in the fridge, it can be kept for 48 hours. In the case of cooked Sushi, the fridge life can be up to 4 days.

Sushi at branded grocery stores is made under hygienic conditions, and food safety standards are applicable. In Sushi, the component of concern is the fish. Most grocery stores have Sushi made with cooked fish. Those selling Sushi with raw fish are a fraction. Moreover, the sushi counter run by a third-party company is answerable to the grocery store for any flip flop.

An expert affirms that grocery Sushi has not given as many problems as burgers and chicken afflicted with E Coli and salmonella. So, fans of Kroger Sushi are swelling fast.

Ask The Reader: If you have eaten Sushi from Kroger. Please Share your Experience in the Comment Section. Also, guide us in making any changes to this article.