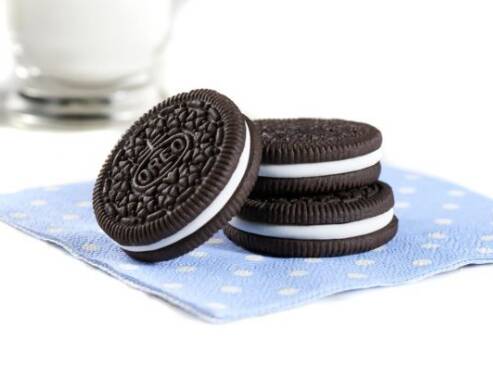 Oreo cookies first introduced in 1912. Oreo is one of the best selling cookies brands in the United States. Currently, Oreo Cookies are available in More than 100 countries. In this article, we are going to share some Oreo Nutrition Facts.

11 main ingredient is used to make an Oreo Cookies

Those people have certain dietary restrictions like Vegan, they can eat this cookie because the creme filling does not use any animal products.

National Biscuit Company Nabisco was first developed and produced the Oreo Cookies in 1972. at Chelsea, Manhattan factory. On March 14, 1912, the name of Oreo was the first trademark.

In the United States, Oreo was sold at 25 cents per pound in fancy metal canisters with new glass tops. The first Oreo was sold on March 6, 1912.

In 1921 Oreo Biscuit was renamed to ‘Oreo Sandwich’.

Next in 1974, the name is ‘Oreo Chocolate Sandwich Cookie’.

Through the various sales and marketing channels, Oreo cookies are distributed worldwide.

According to a 2012 report of Times, Magazine Oreo is available in more than 100 countries.

It is the estimated number that more than 450 billion Oreo has been produced worldwide since the Oreo cookie was introduced in 1912.

The main varieties in the United States Include

Mint Oreo– This Oreo is separated by the two chocolate wafers

The Most Stuf– This is the new variety, first introduces in 2019.

Neapolitan Oreo– This Oreo release for a limited time in 2012