Most of the time Sonograms and Ultrasound terms are used interchangeably. But both have a difference. Below we mention the Sonogram Vs Ultrasound in a short answer. 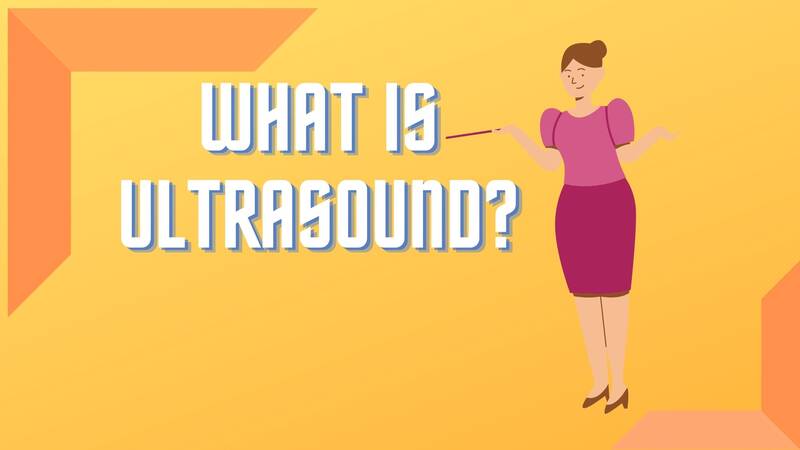 Ultrasound is a process that uses high-energy sound waves to see the picture of tissue and other organs inside the body. The picture or images used for much medical analysis.

What is a Sonogram?

During an ultrasound procedure, one visual image is produced is called a Sonogram. A trained person uses this technology to provide the details inside body images to the doctor.

This kind of electric crystal also works in reverse. It can produce electric signals when it detects high-frequency sound pressure waves.

When a transducer directs ultrasound waves into the body they pass right through the skin and into the internal anatomy.

As the waves encounter tissues with different characteristics and densities they produce echoes that reflect back to a piezoelectric crystal.

This process happens more than a thousand times a second.

Returning echoes are converted to electric signals which a computer converts into points of brightness on the images, corresponding to the anatomic position and the strength up reflecting echoes.

A medical transducer contains a large array of crystals that allow it to make a series of image lines that together form a complete image frame called a sonogram.

In addition, all the crystals are repeatedly activated many times in such a way that a complete image is formed around 20 times per second. So that real-time motion is displayed in the ultrasound images. 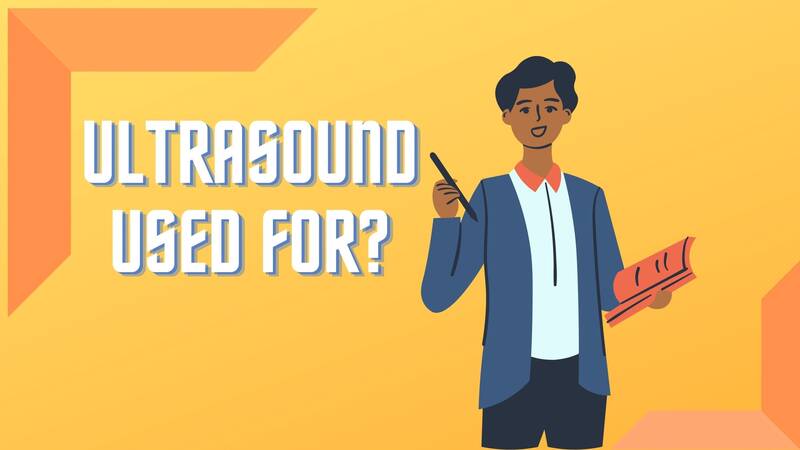 Ultrasound does not work properly those parts have gas or air-like intestine, lungs.

Nowadays most common use of ultrasound is during pregnancy to monitor the fetus.

But it is used in blood vessels, eyes, skin, breast, brain, muscles, Ultrasound images displayed in 2D, 3D, or 4D.

In functional ultrasound two applications are used one Doppler and Color Doppler ultrasound.

These two applications are measured and visualized the blood flow in vessels within the body.

With the help of these two applications, the doctor can also measure the speed of blood flow and direction of movement.

If blood flow is blocked in the carotid arteries, Doppler ultrasound is commonly used to determine the issue.

Elastography is another part of functional ultrasound. It is a help to differentiate the tumor tissue from the healthy tissue.

It is also used for liver fibrosis.

Is Ultrasound really required for Diagnosis?

Diagnostic Ultrasound already considers safe. It does not produce Ionizing radiation like X-ray. But yes ultrasound is able to create some biological effects on the body in a few settings and conditions.

Many professional, private societies and FDA always discourage the casual use of ultrasound and recommend that it should be used only if any real treatment is needed.

FAQ of Sonogram Vs Ultrasound 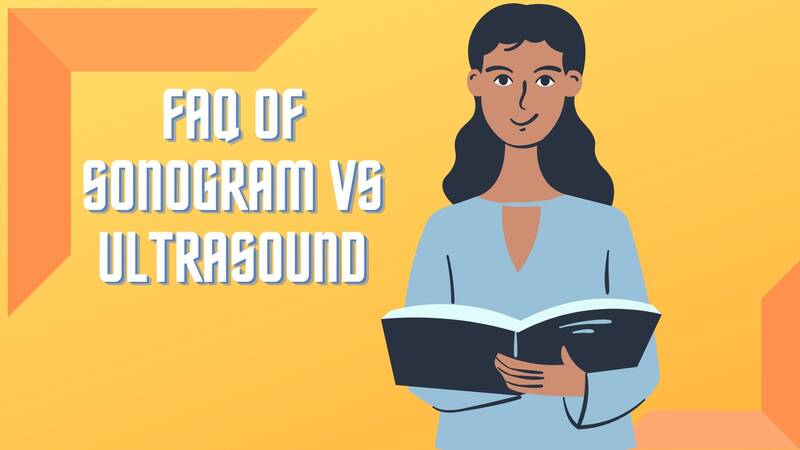 Below we mention some frequently asked questions and answers about Ultrasound and Sonogram.

It is already considered safe. For decades and decades, ultrasound is used to monitor the pregnancy. A trained sonographer will follow all proper instructions to make sure you and your baby are safe.

There is no evidence that ultrasound is harming the developing fetus.

For more than decades, ultrasound is used to monitor the pregnancy. According to the American College of Obstetrician, U.S Foods and Drug Administration (FDA) there is no evidence that Ultrasound harm a fetus.

4〉 What Ultrasound is Used for?

Nowadays Ultrasound is used to monitor the pregnancy. It is also used to diagnose cancer like breast cancer & More.

5〉 When Ultrasound is invented?

In 1956 the first Ultrasound is used for clinical reasons. It is invented by the Obstetrician Ian Donald and one engineer name is Tom Brown.

6〉 When Ultrasound is done during pregnancy?

In the United States, a pregnant woman receives two Ultrasound Scans. The first one is to confirm the due date and the second one is  18 to 22 weeks to confirm the normal anatomy.

7〉 Which Ultrasound is best for pregnancy?

Two main types of Ultrasound are best for pregnancy. One is Transvaginal and another one is Transabdominal.

Normally Ultrasound is used to take pictures of soft tissues and organs.

X-ray is very effective for imaging the hard tissues & Structures.

Ultrasound is used to remove Kidney stones, gall bladder stones, and many other medical applications.

CT scans and Ultrasound are most preferable to regular X-rays.

10〉 What does Ultrasound Cost?

11〉 What are Ultrasound Risks?

Ultrasound is safe. Before receiving an ultrasound you must consult your healthcare provider. It is safe because it uses Sound Waves instead of radiation.

12〉 Why is Ultrasound so expensive?

It depends on many factors. To know more accurate information you can visit this website.

Conclusion of Sonogram Vs Ultrasound

In this article, we try to share all related information about Sonogram Vs Ultrasound and Ultrasound. Lastly, we would like to share Ultrasound is a process of using soundwaves to create an image from inside the body. A sonogram is an image that produces by the Ultrasound Examination.